If you’re looking for the best of the best, good! You came to the right place. The purpose of reviewing “Pelican Coolers vs Yeti Coolers: We’ve Found the Winner” is to help find you the best cooler for doing what you love most.

After reading our detailed comparison of these two robust ice coolers, you’ll have the detailed information you need to make an informed decision.

So sit back, relax, and see how these rugged ice chests compare.


In order to determine if one cooler holds ice longer than the other, we studied several different ice test challenges between Pelican Coolers and Yeti Coolers.

In both videos, you’ll see more than just an ice test comparison. You’ll also get to see how the cooler operates and the basic construction and features.

As you can see, the Pelican ProGear Elite Cooler held ice longer in this specific comparison.

These similarities in construction are most important because they show how both coolers are built exceptionally well.

*The Yeti Roadie does not have a dry goods basket or rope handles.

Although some features vary, both coolers are practically indestructible. Not even an angry bear throwing one of them at a tree would phase these tough-as-nails coolers.

As you can see, their roto-molded, tough plastic bodies aren’t phased by anything… even a slingshot.

As discussed above, both coolers are rotationally molded and crafted from the toughest plastic available. To say they’re “tough cookies” would be a huge understatement!

Pelican Coolers vs Yeti Coolers: Ease of Use

Always remember to consider ease of use, or “usability!”  Although every cooler has unique quirks, some are more cumbersome than others.

The pros and cons of draining a Yeti Cooler:

The pros and cons of draining a Pelican Cooler:

Well, both coolers are a bit difficult to squeeze in the back of your trunk or in other tight places. Their external hardware sticks out.

If you’re looking for an easy-to-pack ice chest, Canyon Outfitter Coolers have recessed hardware, making them much easier to pack.

Sometimes, it’s just easier to roll a cooler. Especially when it’s a hefty, chunky ice box like a Yeti or Pelican. Unfortunately, Yeti does not offer a model with wheels. (Although you can make Yeti wheels happen, if you’re a little creative.)

Pelican Coolers are less expensive than their Yeti counterparts. Of course it’s natural to gravitate toward less expensive equipment. And then you discover if less expensive means “low quality” or just a “good deal.” In this case, you’ve found a damn good deal.


For the first three months, everything on a Pelican everything is covered. After that, you have a lifetime protection of only the roto-molded body of the cooler. 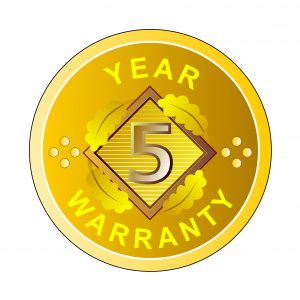 Unsurprisingly, Yeti offers a five-year warranty. Why? Because those lucky bastards have quite a loyal following. They do what they want.

Luckily, there are plenty of discounted replacement parts for Yeti Tundra Coolers on Amazon.

In addition to these classic colors, Yeti offers an astounding collegiate series, logs, and more.

Pelican Cooler Colors: There are 21 colors to choose from. Talk about variety!

Pelican Coolers vs Yeti Coolers:
Which is better?

It’s a tough call to make, since these coolers are neck-in-neck. In truth, no matter what we conclude, the “best” one for you could be either one. Ultimately, it boils down to your own preferences.

Pelican Coolers vs Yeti Coolers:
And the winner is…

Overall, Pelican ProGear Elite Coolers are the best coolers for the money. They have multiple built-in features, and their ice retention is best. Plus, Pelican Coolers cost and warranty is extremely better than Yeti’s. However, this was a close call. If you go with a Yeti, we salute that decision. That’s also a fantastic choice.

Back to Top of Page