Welcome to the 5 Top Rated Best Movie Drinking Games! Some of the best things about movie drinking games is how easy they are, and how cheap.

You can play this as part of a small group, or even when hosting a larger party. The only thing that restricts the number of players for this game is your couch space! Without further ado, here’s the list of the Top 5 Best Movie Drinking games.

#1. Anchorman: The Legend of Ron Burgundy 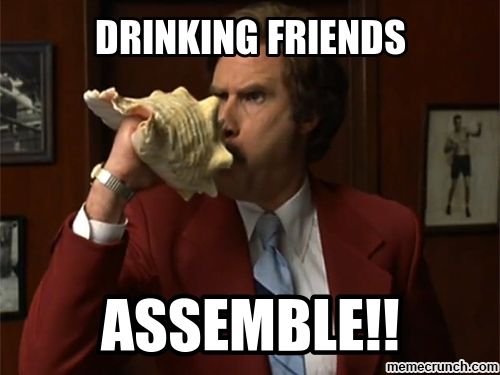 The Anchorman Drinking Game is a best movie drinking game where you drink along to the legend of Ron Burgundy.

Here are a few basic rules, although we have a full write-up with these Ron Burgundy approved rules at How to Play Anchorman Movie Drinking Game.

Throughout this beer drinking game, take a shot of beer whenever:

Whenever anyone lights a smoke on screen, drink up!
Baxter Barks
Drink a generous amount of scotch during the “scotchy scotch scotch” scene
Every time Ron reads something incorrectly off the teleprompter
When you hear “I’m not even mad, that’s amazing!”
Whenever Ron and Veronica try to sabotage each other

These are just a few of the vanilla rules; read How to Play Anchorman Movie Drinking Game for the really good stuff!

Since Zoolander has a lot of humor based on making faces, the most basic version of this game involves taking a drink whenever a character does a “Blue Steel” or any other signature “look.”

However, there’s plenty more to the movie, so if you’re looking to switch it up, How to Play Zoolander Drinking Game has all the rules and variations you need for this fun, easy drinking game.

Finally, some of our favorite Zoolander Movie Drinking Game Rules:

For complete set of this fun drinking game’s rules, see How to Play Zoolander Movie Drinking Game With Rules.

Near, far, wherever you are, you’re going to enjoy the Titanic Movie Drinking Game. Perhaps “enjoy” isn’t the best word, since at the end you’ll be crying the tears only red wine and Leonardo DiCaprio can produce.

Here is just a tiny sampling of the complete rules for this best movie drinking game. Whenever these things happen, bottoms up!

Ready to get hella tipsy? Get ready, because Top Gun Drinking Game leaves no man (or woman) sober. Here’s a short sampling of our favorite rules and variations for this fun, best movie drinking game:

He Was a Good Man- Do a shot every time there’s a pilot death. Chug during the terrible eulogy.

Daddy Issues- Clink glasses in commiseration when Maverick talks about his relationship with his father, then do a shot to help him get over it.

Playing Favorites- Everyone picks a character and drinks when their character’s call sign is mentioned.

For full instructions, see How to Play Top Gun Drinking Game With Rules. 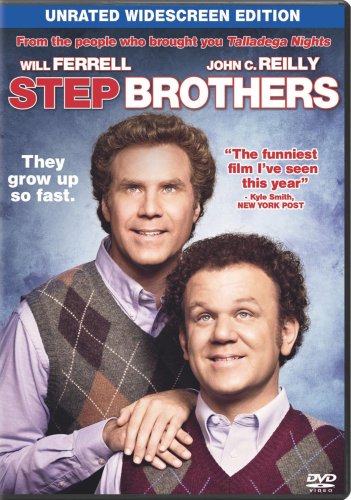 This is one of those “duhhh” top drinking games. Of course we couldn’t leave the Stepbrothers Drinking Game out of this list! You’ve probably noticed by now that Chuggie loves movie and tv drinking games. What can we say? We like vegging out on the couch and drinking…and it’s so much fun when we get to turn it into a drinking game.

Below are some of our favorite rules for this fun beer drinking game for adults:

Drink nonstop for the duration of these scenes:

Have the stepbrothers’ charm convinced you? For full rules and more variations, go to Embrace the Dysfunction, Stepbrothers the Best Movie Drinking Game.

As we come to a conclusion of the 5 Top Rated Best Movie Drinking Games, we want to remind you that there are so many more great movies for drinking games out there!

In fact, here’s a list of more alcohol drinking games with movies:
Mustache Drinking Game (Rules Your Perma-Stoned BFF Will Understand)
Star Wars Drinking Game: May the Force Be With You!


For even more movie drinking games, check out these Christmas Drinking Games. As always, drinking responsibly and have fun. Cheers!